A (formal) overview of syntax 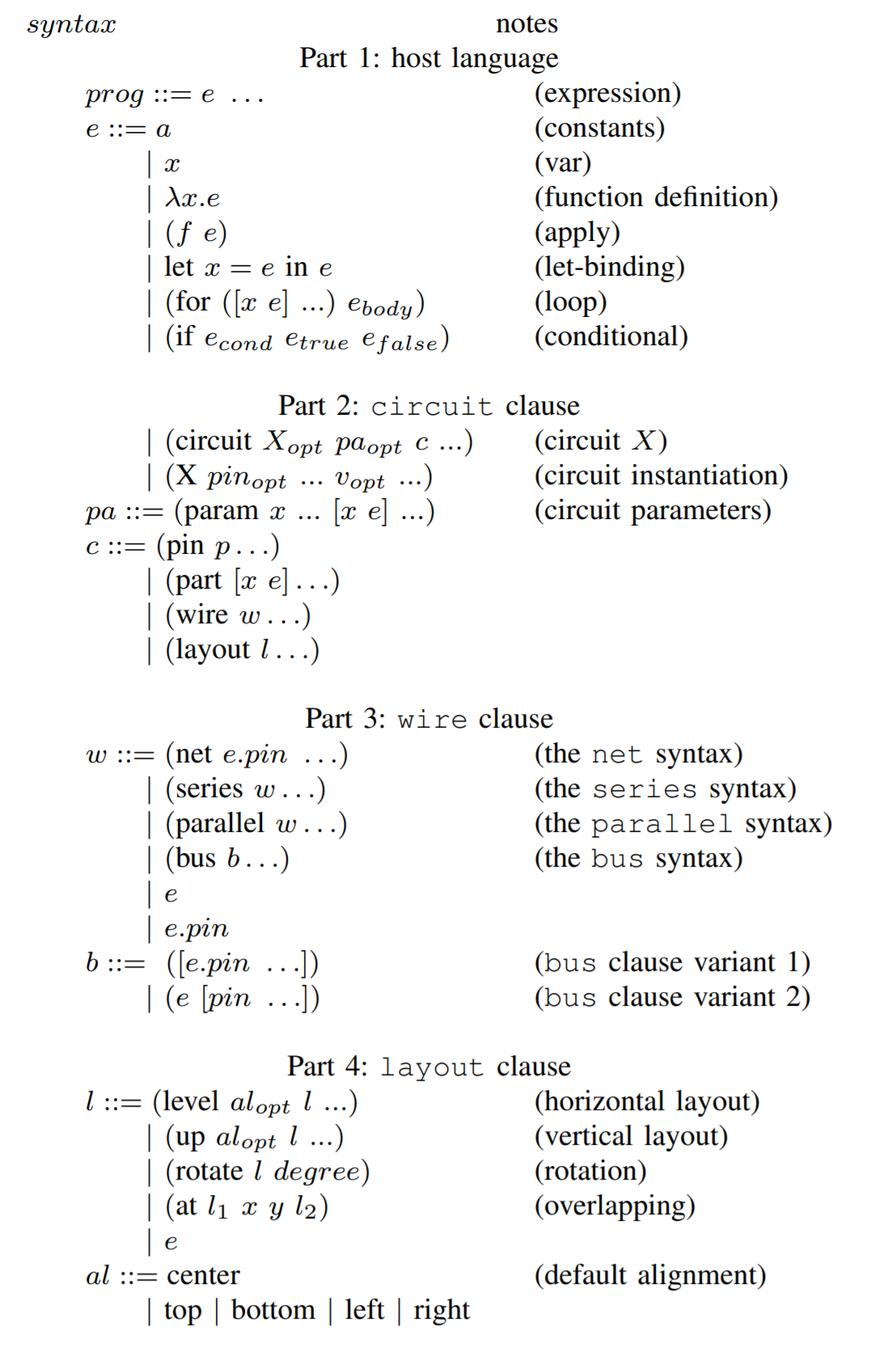 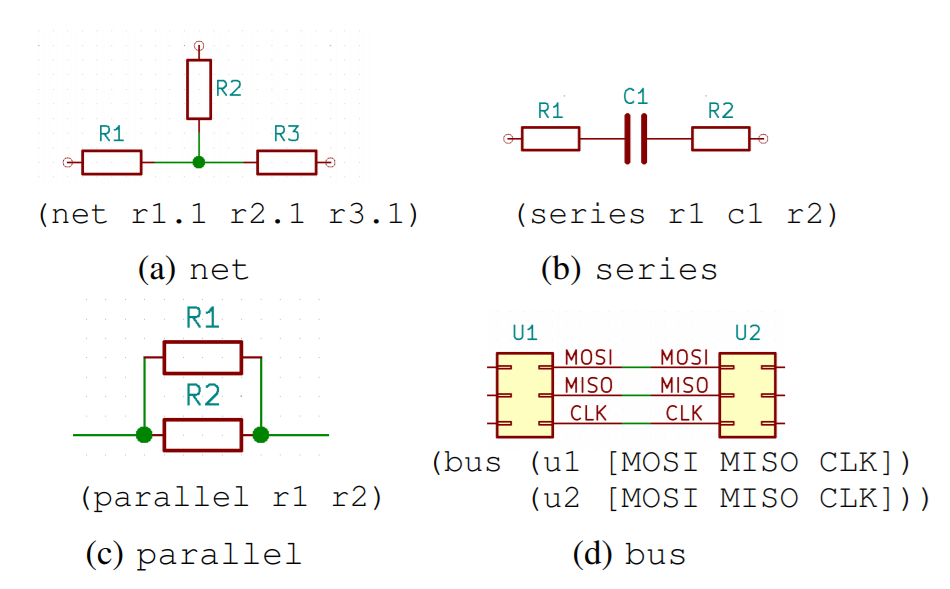 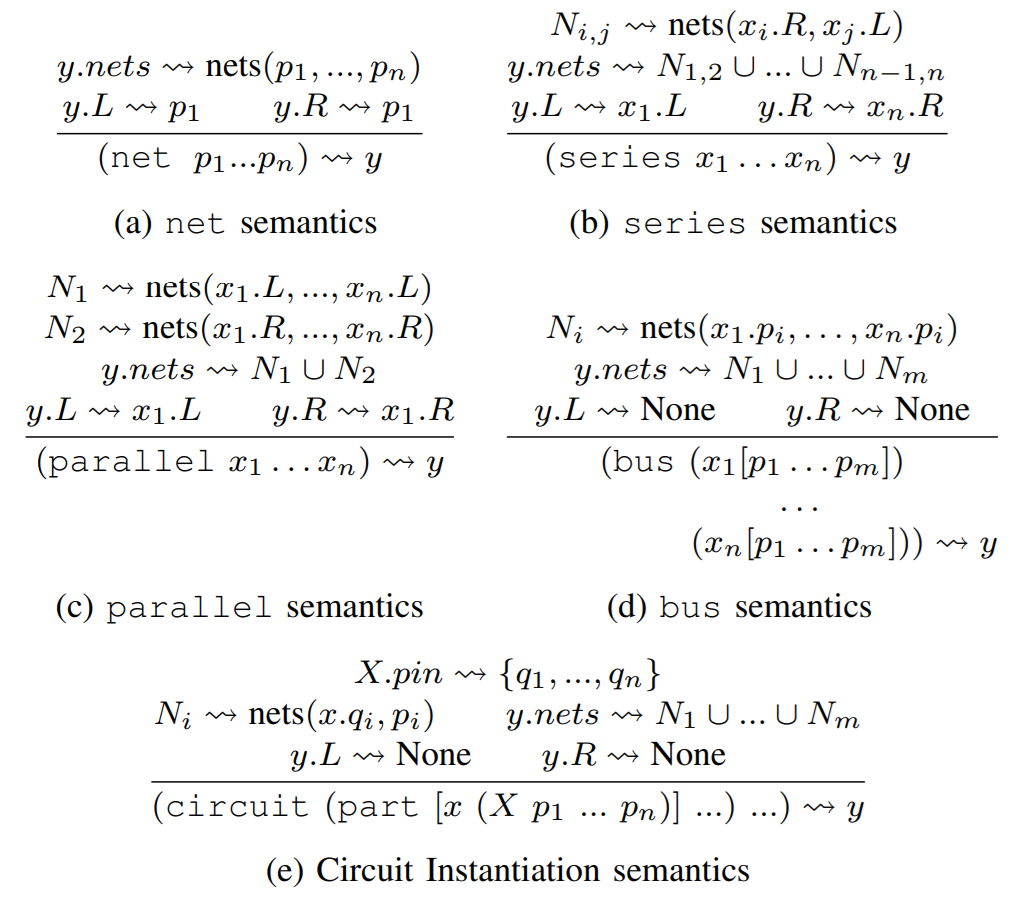 This syntax makes it easy to define a composite. The syntax is:

This declares a circuit, with external pins named o1 and o2 respectively. It contains a resistor, a capacitor, and a crystal, lined together linearly. In the meantime, the physical layout is defined as horizontally append the three components.

Composing circuit is the process of combining smaller circuits and atoms with netlist. There are 4 syntax for composing Composites. The return value is a Composite that contains the used components, and the external pin for the returned Composite is denoted as out.X.

Results in the netlist:

results in the netlist:

results in the netlist:

And finally the netlist syntax:

The layout is inspired by racket's functional picture library. The following combinators are provided:

The *-append family of functions append its arguments horizontally or vertically:

The *-superimpose family of functions overlap its arguments.

You can also rotate or pin-over at a absolute location in terms of (x,y) coordinates:

The layout can be visualized via

To export KiCAD files, use circuit-export: